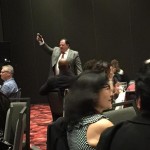 He now sees a State in Crisis and has chosen to answer the call to serve again.

Jon Huntsman served as Chinese Ambassador under the Democratic Reign of President Obama. He resigned as Governor of Utah to take the post. He also served as Russian Ambassador.

Right now, Utah needs someone that will rebuild the Utah Economy, not someone who will build the fortunes of Multi-National corporations that import Chinese goods made by Slave Labor.  Or Someone who will cut and run as soon as Washington offers him another Position.

We need a Finisher.

Spencer Cox is a Herbert Clone. Like Herbert, he has shown zero commitment to his oath of office, Utah owned businesses, or Ending a completely unnecessary Lock-down for a virus that claimed less victims than Utah's Highways (65 Deaths as of this writing).

Cox is loyal to the money interests that have destroyed Utah Opportunities and Freedoms. We need someone that wants more than money and power.

Greg Hughes has the power in the Legislature to turn things around fast. He has a sound commitment to the Utah Constitution and its Declaration of Rights. Hughes will not represent Walmart, or Costco, or Amazon. He will represent the small Utah Businessmen that have been decimated by Herbert and Cox. Greg Hughes simply is the Right Choice for Utah.

Listen to Our Podcast

All of Our Hand Sanitizer is 80% Ethyl Alcohol for rapid Evaporation with Aloe Vera for Healing Your Skin!

This is the Office Pack to refill those bottles that seem to be always empty!

This is our Family Pack.

Great for Individuals and Small Groups.

Paul A Drockton M.A. has been an Investigative Journalist for Over 15 Years! He has written thousands of articles and hosted the Drockton Report, with over 1.3 million listeners. His background includes a Masters Degree in US History & Economics, Republican Party Leader, Republican Party Candidate, Republican Candidate Campaign Manager and Author of the Parma City Charter. He is known for his honesty and integrity in reporting and his ability to drill down to the truth regardless of position or influence of the subjects of his investigations.

Greg Hughes Out as Write-in Candidate for Utah Governor